A Solution to Houston’s Transit Problem

Posted on September 6, 2017 by Christian Harned

Nearly 91% of Houston, Texas’s residents travel alone by car to get to work. After Hurricane Harvey devastated southern Texas and Louisiana, experts estimate that up to one million cars and trucks were destroyed by the storm. This number is expected to rise as the damage is further surveyed. In addition to vehicle damage, Houston refineries and vehicle infrastructure sustained extensive damage and gas prices continue to rise. Damage of this sort to car-oriented infrastructure indicates that the recovery for Houston may be a long and expensive process. Despite this, Houston residents do not have to experience the immediate financial burden of purchasing new vehicles.

Instead of relying on single passenger vehicles or car-oriented infrastructure, Houston should take this opportunity to invest in its mass transit system, METRO. Despite the damage to Houston and the surrounding areas, METRO transported around 8,000 victims from flooded areas to shelter, coordinating with firefighters and emergency personnel to rescue stranded individuals. 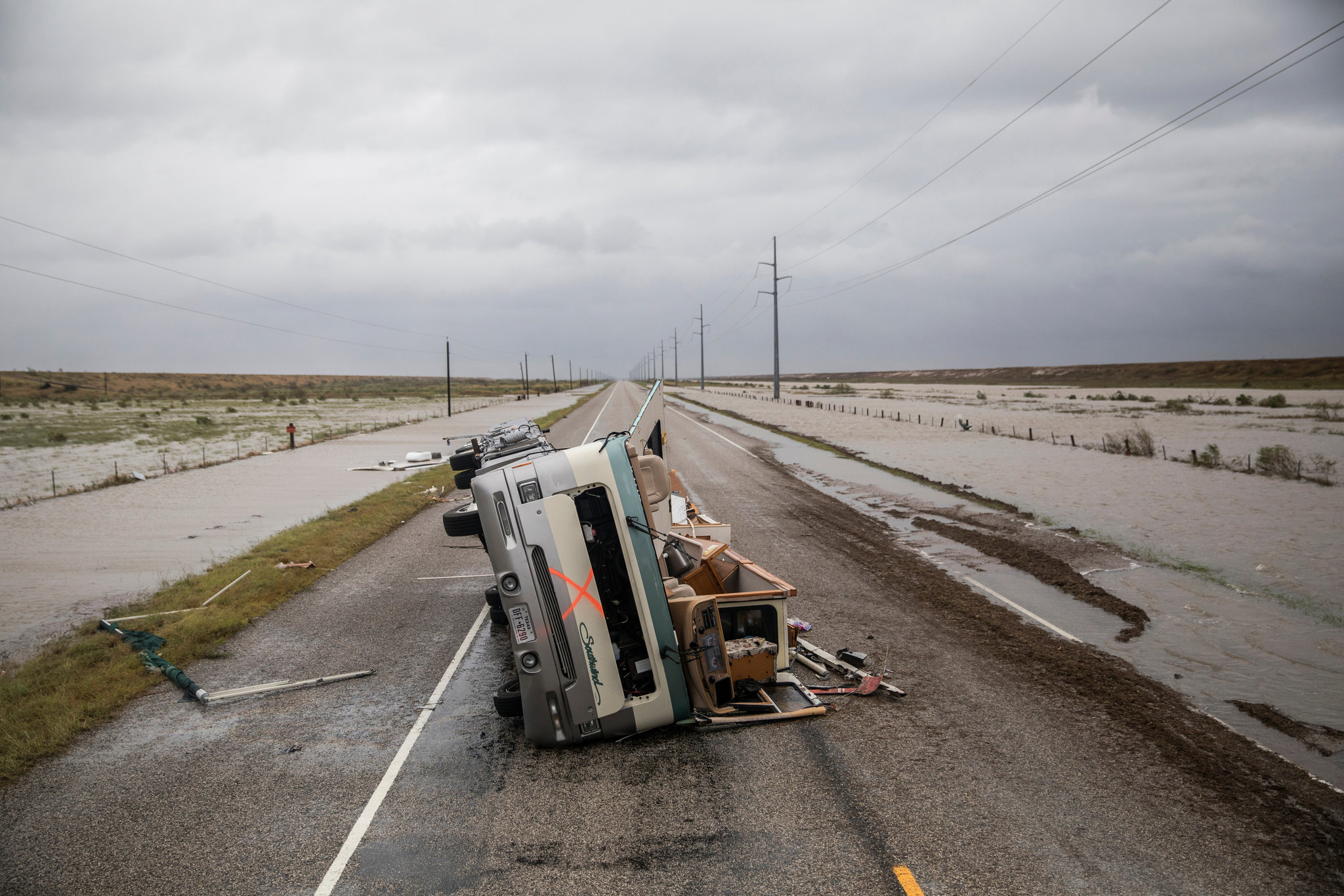 Photo from the New York Times “Harvey in Pictures.”

METRO recently underwent a complete overhaul of its bussing network and now covers the majority of Harris County, Texas, in addition to areas outside of Harris County. A refocusing on public transit is vital during post-disaster recovery, as many people struggle to get to work in a time where affording a new car is difficult. Although most areas affected by Harvey lack access to public transportation, METRO offers serviced areas an opportunity to find affordable transit to work without the immediate pressure of purchasing a vehicle. Additionally, a focus on public transit helps reduce the number of single-occupancy vehicles on the road.

A reduction in single-occupancy vehicles is vital to long-term infrastructure and climate policy. A reduction in single occupancy vehicles reduces air pollution, noise pollution, and the overall impact that Houston has on global climate change. By reducing overall greenhouse gas emissions, we can reduce the ferocity of storms like Harvey, which draw their energy and force from warm temperatures in the Atlantic Ocean.

← The Problem of Lead in a Trump Administration
Environmental Justice, Hookworm, and the American South →