Posted on November 2, 2016 by Christian Harned

Resiliency and sustainability are buzzwords that are often used in policy discussions without real meaning or any intention to follow through in developing either resilience or sustainability. The two are vital to our changing world and must be discussed, not only as independent concepts and ideas but as dual policy initiatives that can and should be pursued together.  With measurements indicating that average atmospheric levels of CO2 have reached the dreaded 400 ppm (parts per million) threshold, populations across the globe must begin preparing for drastic climate changes that will result in more super storms, higher rates of flooding in coastal areas, and increased drought and forest fires in other areas.

New York is particularly susceptible to both super storms and flooding. As such, it is imperative for New York to look at policies that can ensure resiliency within the greater New York area. Many resiliency policies, however, can be economically and environmentally costly in the long term. Any proposal to address the coming issues in New York should, therefore, also have a focus on sustainable practices.

So what is resilience and sustainability? Resilience refers to the abilities of a system, like New York, to absorb and reorganize while undergoing change so as to perform the same functions and maintain the same identity. System resilience refers to the ability of a system to absorb all kinds of shock, even unexpected ones. These concepts essentially focus on preparing an urban center, like New York, to absorb shock from unexpected events and adapt to them, all while continuing to perform the functions they’re expected to perform. New York has traditionally been a resilient system, but Hurricane Sandy showed some of the ways in which unexpected shocks can derail the system entirely.

Sustainability refers to a management of resources that guarantees welfare and promotes equality for current and future generations.  In the environmental context, sustainability focuses on ensuring an urban center can survive and adapt only with the resources it has at its disposal, and that these resources will not be limited in nature.

A fundamental aspect of resilience is redundancy in a system. This is important because, although an unexpected event like a hurricane may cause important systems to go offline, there will be backups that can perform the same essential functions. Sustainable practices often ensure resiliency when properly implemented. As such, over the next few weeks, I’ll be discussing ways in which the greater New York area can implement sustainable practices that will also serve the function of increasing the resiliency of the systems in New York. These discussions will by no means address all possibilities or alternatives. Rather, they are intended to show how interlinked resiliency and sustainability are and why any policy going forward should be focused on both. 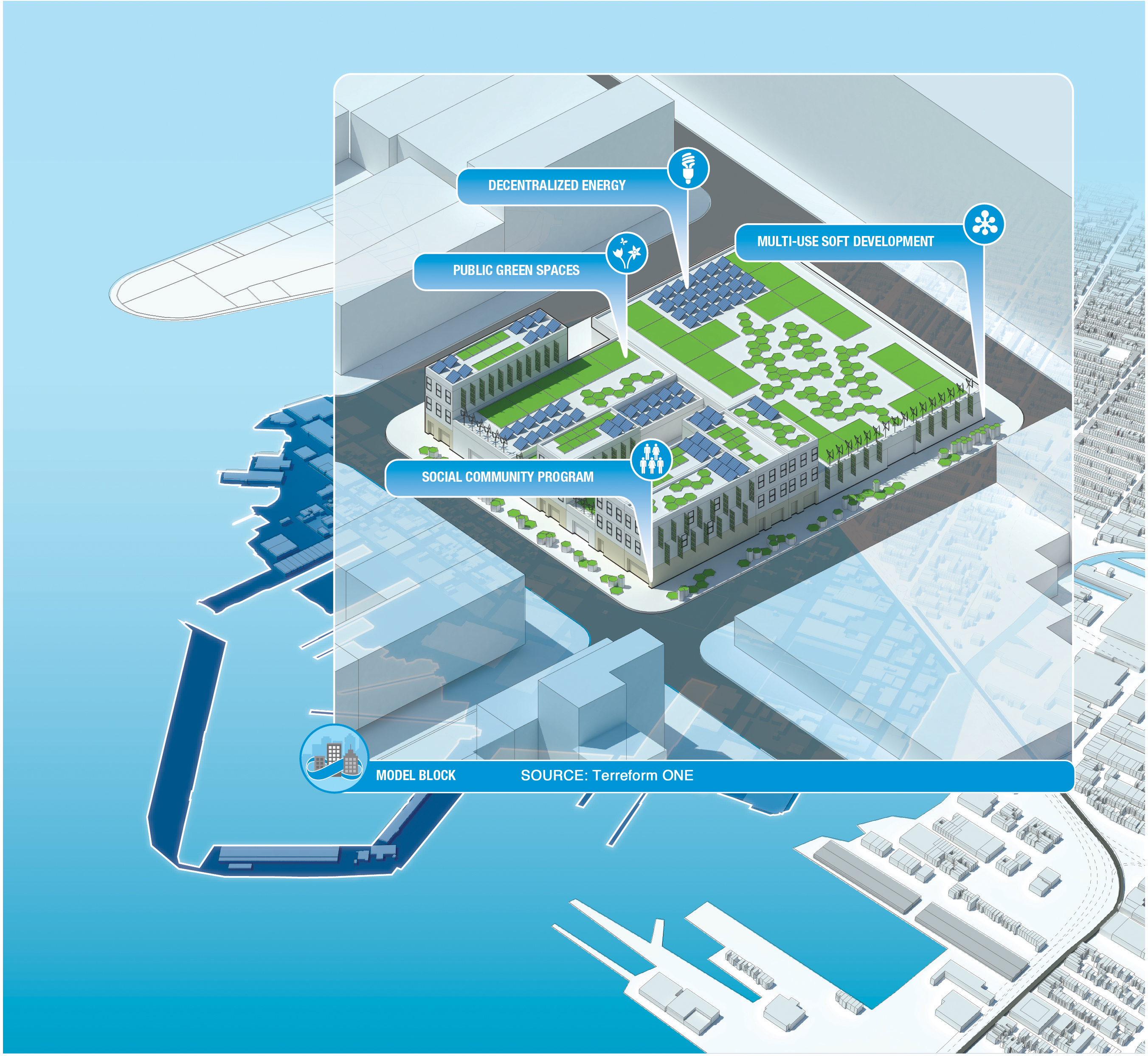 One concept for resiliency in Red Hook, Brooklyn, as imagined by BASF Corporation.